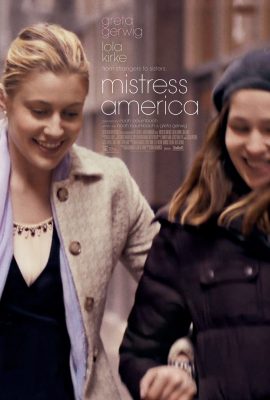 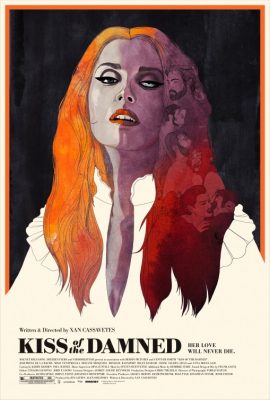 Not sure what genre The Lobster belongs to, I’d say dystopian present, and no SF to be found. The movie is a wonderful blend of surreal exterior and interior shots, great camera work and angles, and an intrusive musical score that conveys the uneasy atmosphere throughout the movie.

Colin Farrell is David with a silly mustache, a man that is sent off to a hotel that is dedicated for pairing people up. If they fail to do so within the first 45 days, they are turned into an animal of their choosing. The only way to leave the hotel is either fall in love with someone, or simply by running away. Extending your stay in human form without falling in love is only possible by hunting down the people that have run away from the hotel and brought back to be turned into an animal.

David sees a chance of pairing off with a woman that is notorious at the premises, as having the most days lined up, over 150 of them, as you get a day extension for each person you bring back to the hotel. The woman is completely heartless, stripped away of any emotions, but still even she has some interest in pairing and leaving the hotel. Some couples are given children to help them bond, and David in one instance adapts to the psychopath and becomes completely heartless, like kicking the little girl in the leg front of their guardians, because her new father has a limp so they’re more alike.

He completely changes for this person, but is still rattled when she outright kills his brother, the dog. She comes into the room and says she killed him by kicking him over and over and that he might still be alive. The frame then shows her leg which is dripping blood from kicking the poor dog incessantly. David simply shrugs it off and saying that it doesn’t matter. He goes to brush his teeth and sees the dog – his brother, lying in a pool of blood and with an open wound on the abdomen. David starts brushing his teeth, but breaks down in tears. The woman catches him weeping and is dragging him to the hotel manager, because he was lying, he DOES have feelings for something or someone, and they aren’t a match.

David eventually flees the hotel, and joins the loners, the people that choose to be alone and don’t want to be with someone. They also have very strict rules and punishments for those that become involved, for example is someone is caught kissing, they slice open the lips of both people and force them to kiss. At this point the movie sort of loses its momentum. There are a couple of scenes from the city, where everyone is openly and annoyingly together. People are stopped for random checks of their marriage certificates to prove they’re not alone and are checked for mud to make sure they’re not runaway loners around the city.

Why not an SF movie?

Everyone says that the movie is sci-fi, because of the dystopian future and the animal transformations. At no point in the movie is the transformation shown or adequately explained. Rumors are flying around the hotel of how it is done, but no one knows for sure. The movie is satire and criticism of our society, how little we sometimes ask questions. All the characters in the movie don’t really see that the hotel staff is abusive and their whole exploit is completely insane. I think the transformations are some sort of metaphor, the people are probably killed. The movie goes as far as to never really prove that the animals were human, and that their essence is somehow captured within the animal. One of the characters says that his mother was left by his father and that she was transformed into a wolf and sent off to a zoo. He went to the zoo as often as possible and gave raw meat to the wolves, as that is what wolves normally eat. He fell into the wolf pit one day and all of the wolves, save for two, came attacking him because and he claimed that one of the two wolves was his mother, he had no idea which. The animals obviously do not have any human left in them, or they’re completely unable to show it and if so, one has to wonder were they ever human at all, or are all the people from the hotel and the picked up loners are simply murdered and this wild story is being fed to them – again a metaphor of the modern world and our lulled existence within it.

Should you see it?

Yes, you should. The movie, despite the several shortcomings is visually great, has solid dialogue and narration. The movie in the end doesn’t explain how and why is society like this. I thought that it might be aliens or something but the movie really leaves it to your imagination. The Lobster isn’t mainstream and is probably unwatchable for a lot of people. I usually rate movies by how much I think about them in the days after watching them, this one has stuck for a while. Bad movies are forgotten as soon as they’re watched, good ones stick a while.